The teams at BioWare Edmonton produce some of the industry’s biggest, smartest, and most influential games.

BioWare's legendary Edmonton studio was established in early 1995 by Ray Muzyka, Greg Zeschuk, and Augustine Yip, three doctors who studied together at the University of Alberta. They released their first game in 1996 and went on to release six more in the studio’s first ten years, including Baldur’s Gate, Baldur’s Gate II, MDK2, Neverwinter Nights, Star Wars: Knights of the Old Republic, and Jade Empire. In late 2005, BioWare and Pandemic Studios joined forces; two years later, they announced that Electronic Arts, a leading global interactive entertainment publisher, had bought the partnership, with BioWare retaining its culture and brand.

The latest blockbuster franchises to come out of Edmonton are Anthem, Mass Effect and Dragon Age. BioWare's games have continually achieved critical and commercial success.

BioWare's Edmonton studio is located downtown in the Epcor Tower, making it convenient to get to work by public transit or vehicle. Inside the office, our staff has access to an onsite gym. Every morning, a free breakfast is served, and when we're not making games, there are plenty of opportunities to play them. Staff also participate in many social events including ski trips, tea times, dragon boating, soccer, and board game nights. 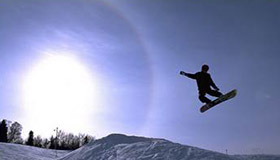 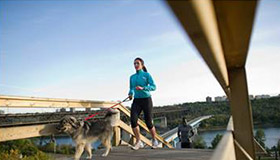 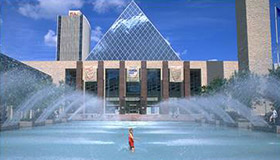 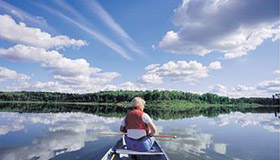 Photos are provided via the City of Edmonton per the Creative Commons Attribution-Noncommercial-Share Alike 2.5 Canada License.

BioWare’s main Canadian studio is in the rapidly expanding city of Edmonton, Alberta.

Edmonton is an energetic, welcoming city fueled by the spirit and spark of its more than 800,000 citizens in the city and over 1,000,000 in the Greater Edmonton Area.

The city is a mecca for active living. Edmonton's magnificent river valley is North America’s largest urban park, offering opportunities for recreation come sun or snow. Edmonton is also known as “Festival City." It's home to North America's oldest and largest Fringe festival as well as more than 30 major festivals celebrating music, theater, dance, visual arts, street performers, ethnic food, and more. There is always something happening, which is why National Geographic named Edmonton one of the best summer trips of 2015.

Edmonton boasts more than 84 golf courses, including Canada’s oldest municipal course, and the longest mid-summer golf days are nearly 17 hours long! Jasper National Park's spectacular Rockies are a short road trip away, and Elk Island National Park, where visitors follow self-guided trails to view free-roaming herds of bison, moose, elk, and 250 species of birds, is less than an hour out. Alberta is also home to the last two title holders of the world's largest dark sky preserve where the aurora borealis shines brightly on some winter nights.

Edmonton is a shopper's dream. World-famous West Edmonton Mall has more than 800 shops, 100 eateries, and 10 world-class attractions all under one roof. Old Strathcona is one of Canada’s top shopping districts and offers a variety of dining and pubs. The city also loves its sports teams, with a rich history of championship teams including the NHL's Oilers and CFL's Eskimos. If you're interested in the arts, Edmonton will not disappoint. The city is home to more than 20 theater companies and dozens of acting co-ops. Some of Canada’s finest visual artists are on display at 60-plus galleries and exhibits in the city. Take the Gallery Walk and visit eight unique galleries in a 12-block area. Visit the Alberta Craft Council for distinctive works created by more than 200 members. The breathtaking Art Gallery of Alberta opened in early 2010 in Edmonton’s Downtown Arts District, which also includes the Citadel Theatre, the Francis Winspear Centre for Music, and, soon, an open-air arts campus.

The province of Alberta offers many cost-of-living advantages. Albertans pay low personal income taxes, with the lowest top marginal income tax rate and the highest basic and spousal amounts in Canada. While all Canadians pay a general sales tax (GST) on purchases, Alberta is the only province with no provincial sales tax (PST). Albertans also benefit from the lowest tax on gasoline among provinces and among the lowest property taxes in Canada. Albertans enjoy a publicly funded health care system that guarantees universal access to necessary hospital and medical services. The system provides a wide range of services, from emergency care to free health information.